Hit enter to search or ESC to close

As June has been such a quiet month, this newsletter is focusing on what amazing events we have coming up!

On Sunday 4th August the Grim Reavers will head down to York to play their final British Championship game against Roller Derby Leicester. For those who want to stay over, some of the league have booked the York Central Micklegate Travelodge.

Chartering for both Grim Reavers A and B teams and as well as the Brothers will be held on Sunday 1st September 2019.

Sunday 29th September: Lily Gaskell bootcamp – this will be a ticketed event. More details to follow

A couple members of the league went down to the beach at the beginning of the month to help out with the Ebb & Flo beach clean. It was a hot and successful morning with a great turnout from the local community.

Ebb & Flo are doing amazing work to educate the community and future generations about the impact of waste and how we can make changes in our lifestyle for a cleaner future. 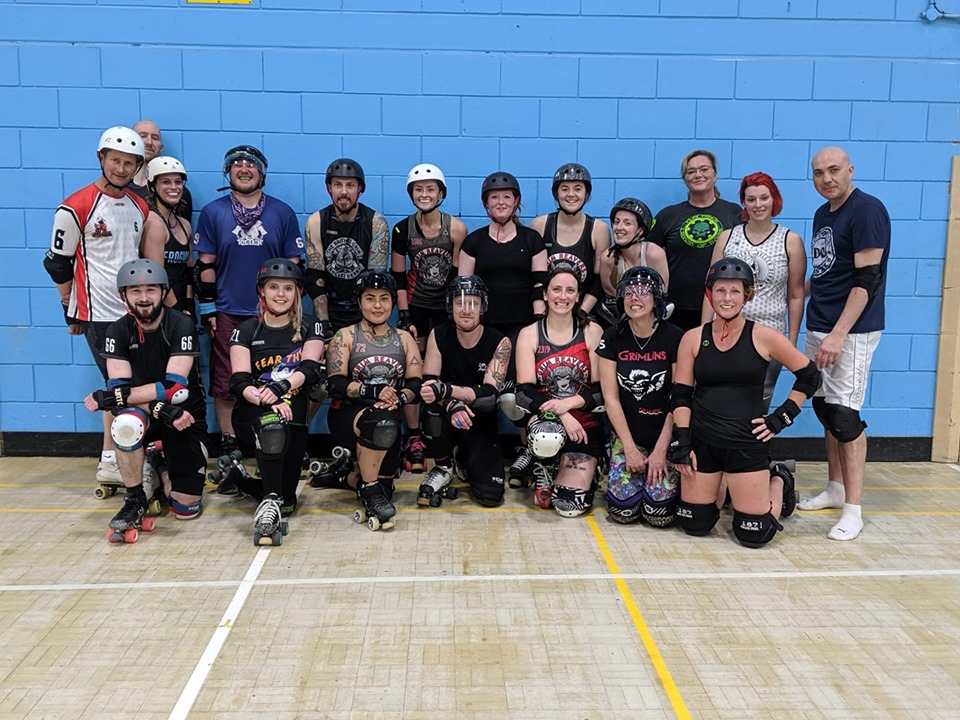 We had a great session with Doug Hisgrave’s from LRT who came to coach us. We were split up to do drills tailored to blocking and jamming. He also showed us all things twirly!

Mac and Cheese, Laurel and Hardy, Whisky and Coke, You and Your Derby Wife, Progression and Motivation.

I’ve been thinking about the latter a lot since I was fortunate enough to play alongside the Brothers Grim in their last game against Chaos Engine. The raw talent that comes from all of the Brothers has always astounded me. The footwork, the strength, the speed. A few of many things that I watch each and every Brother bring to the track is a true inspiration. It’s undeniable how much improvement has been made this year, and as an extra bonus, the number of Brothers has naturally been growing. Progression.

The Reavers decided to enter British Champs this year despite original thoughts that they weren’t ready. The success during this season has everything to do with the motivation to do and be better. So GRD, what progression do you want to see for yourself and your team, what motivates you?

Work together, train hard, talk to each other, be the inspiration for someone else that you want for yourself. It takes a village, but everyone has a role to play. Who knows, next year Champs could see a GRD takeover.

Year of the Reaver

We want to wish a special Happy Birthday to our June birthdays:

We hope you have the best day!